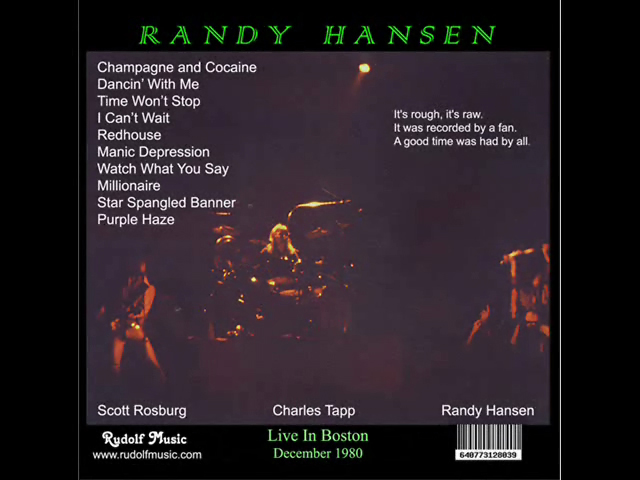 5.0 out of 5 stars
See the customer review
LOVE IT ...WITH IMPORTANT QUALIFICATIONS February 21, 2011
ByDavid Moore
Format:MP3 Download
OK Lets get to the crux of the issue with this recording. From accounts I have read on the web, this was recorded by a fan next to the soundbooth at the show on a cassette tape recorder. The tape was than remastered into digital form , however it is VERY ruff and has frequent drop outs. That being said , if you were one of the lucky ones like me who got to see Randy on this tour (I saw him at Tingley coloseum in Albuquerque, NM) and want to recapture the moment sound wise than this is as close as you get, at least until they ever wise up and re-release his self titled debut album on cd.
Hey remember the "in Randy we trust" dollars they shot out of a canon at the end of the concert....I still have mine. Enjoy fellow fans.

Randy Hansen "Thinking Of You"